Nineteen researchers from IT have figured among the world’s most influential scientists, according to a new ranking method developed by scientists at Stanford University. (see more)

Ricardo Correia, researcher from IT in Aveiro, won the Altice International Innovation Award 2020 in the Academy category. (see more)

In a record-breaking edition with more than 100 entries, ...

PhD students hosted by IT were distinguished with the Best Student Paper Award at one of the world’s largest wireless power events. (see more)

IT researchers are delving into AI and ‘deep learning’ techniques to extract useful diagnostic information from cardiac sounds. (see more)


The DigiScope2 team, led by IT researchers Miguel ...

IT researchers were recognized with the ‘Best Technical Paper and IETF Relevance Mention’, a prize by the Portuguese Chapter of the Internet Society. (see more)

Minister Manuel Heitor visits 5GAIner laboratory at IT in Aveiro

The 5GAIner laboratory installed at IT, in Aveiro, was presented this week to the Minister of Science, Technology and Higher Education. (see more)

IT students on the podium of Fraunhofer Portugal’s thesis awards

Bruno Degardin, from UBI, and Daniel Dinis, from UA, represented IT at this year’s Fraunhofer Challenge. (see more)


The 11th edition of the Fraunhofer Portugal Challenge recognized IT ...

Researcher Shahid Mumtaz, from IT's Mobile Systems group in Aveiro, was awarded the Fellowship status of the Institution of Engineering and Technology (IET). (see more)

The IET Fellowship is ...

IT researchers were distinguished at the 23rd International Symposium on Wireless Personal Multimedia Communications (WPMC) with the Best Student Paper Award. (see more) 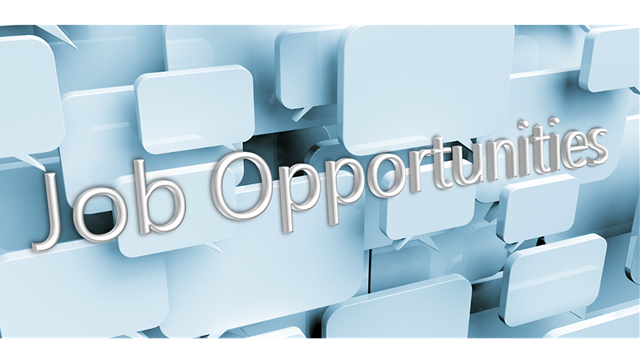 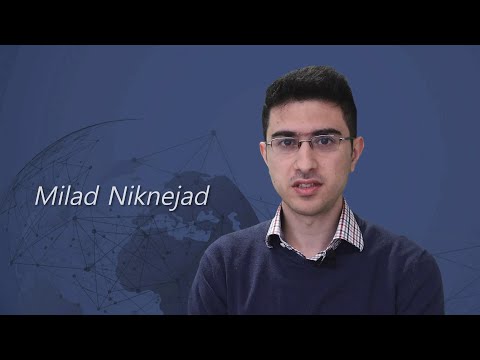 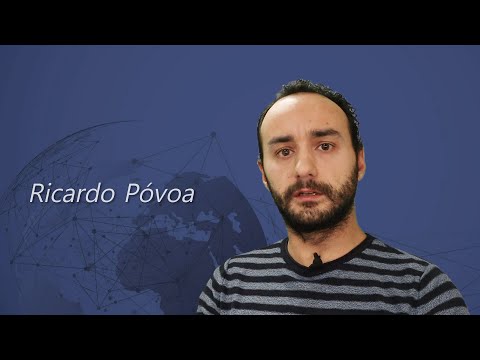 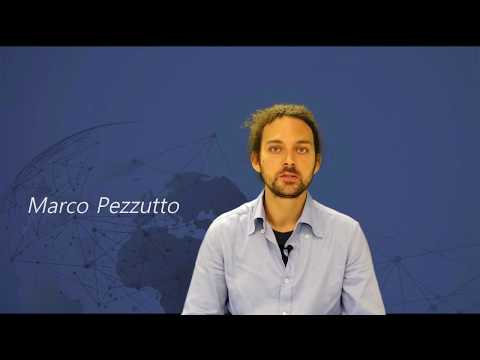 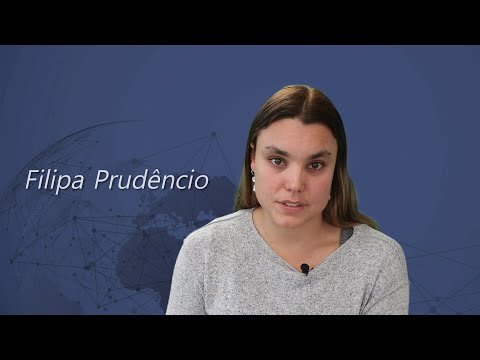 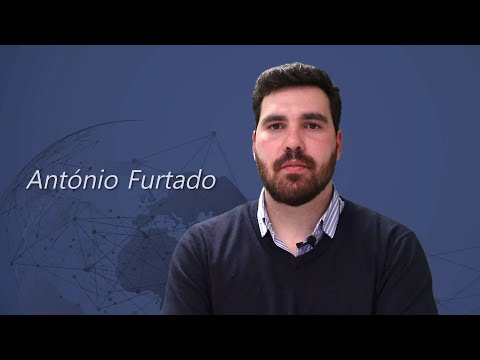 In 2017 and, one month before I finalized my PhD, I started working at Bosch Termotecnologia as an Embedded Software Engineering. (see more)

My first contact with IT was in 2009 when I started my master thesis in Electronic and Telecommunications Engineering at the University of Aveiro. Mobility in heterogeneous networks was the theme and, it was my first contact with this “world”. After finalizing my master thesis on 2010, I continued my research on IT, in the same area but, now focused on LTE (4G) networks. In 2011 the opportunity to start a PhD on Electrical Engineering arised. It was something I had not considered in the past, but due to being able to continue my work, I ended up “accepting” this new challenge. After this decision, I was developing all my work on IT, working in several (but interconnected) topics: mobile networks, multihoming, resource management, machine learning, vehicular networks. This is what the PhD provide us: the ability to know, explore and try unknown paths. In 2017 and, one month before I finalized my PhD, I started working at Bosch Termotecnologia as an Embedded Software Engineering. This was a very challenging step: first time working outside of the academic world and, in a completely different area. I was integrated in a new team and, my first task was to develop/redesign firmware for one of the most complex heating system controllers of the department; during this time I was also involved in the specification/implementation of a new software architecture for embedded systems. In the last years, I became responsible by some Software Quality Assurance topics in the department and I’m currently a Scrum Master for a team that is developing a new product. Being part of the Bosch Center of Engineering of Aveiro, in this multinational company, also provides a lot of experience in a multicultural working environment. Now, looking to the past I can see that having a PhD is not only a personal achievement but, it also changes the way we think and face challenges. It give us competitive advantages and know-how to deal with different areas of knowledge with the acquired tools.

I have been awarded my first national funding project, which will investigate the performance of information centric network architectures over mobile IoT networks. (see more)

My collaboration with IT started in 2010, in Lisbon. Rolling back one year, after finishing my M.Sc. thesis on routing strategies for vehicular networks, under the supervision of Professor Rodolfo Oliveira (FCT-UNL) and co-supervision of Professor Luis Bernardo (FCT-UNL), I had the opportunity to join the “U-BOAT” project and research on medium access control schemes for wireless ad-hoc networks. After one year of project participation I have decided to pursue a doctorate degree and make my way in a new-found research topic: cognitive radio networks. Over the following 4 years, supervised by Professor Rodolfo Oliveira and co-supervised by Professor Rui Dinis (FCT-UNL), I have investigated new cross-layer PHY-MAC strategies for single and multi-channel decentralized cognitive radio networks. At the same time I was collaborating in several research projects, among them the “Opportunistic-CR” intended to study the impact on public policies of having opportunistic aggregation of spectrum and cognitive radios. After finishing my Ph.D., later in 2015, I joined the “VELOCE-MTC” project researching on the characterization of RF-spectrum opportunities for cognitive radios operating over GSM channels. However, in the beginning of 2017 a new research opportunity emerged: to become an assistant researcher in the project “MobiWise”, hosted by IT-Aveiro, and coordinated by Professor Susana Sargento. Thus, I moved to Aveiro and joined the Network Architectures and Protocol (NAP) research group. Since then I have been investigating new solutions for mobile networks in multi-technology environments, vehicle-to-vehicle communication, context-aware networks and novel addressing paradigms for the Internet. Recently I have been awarded with my first national funding project, the “InfoCent-IoT” which will investigate, through real testbeds, the performance of information centric network architectures over mobile IoT networks. Over the last 8 years, IT as a scientific institution, has proved to be an important piece on my research path, and for that I am thankful. However, and because IT is the reflection of its researchers, I would like to thank all the IT researchers that somehow contributed, and are still contributing, to my scientific and academic progress.

After working for a Singaporean travel startup, I moved to the Toronto-based healthcare startup HomeMD, where I was offered the role of Chief Technology Officer. (see more)

I joined the ISCTE-IUL IT branch in 2010 when I started doing research under Anders Christensen and Sancho Oliveira as part of my Master thesis. After completing the thesis in 2012, I started working on a PhD, also in ISCTE-IUL and with the same supervisors. My research focused on automatically synthesizing control for robotic systems (mostly swarms of robots) using evolutionary computation. The highlight of my research was the design and development of a novel aquatic swarm robotic platform and its control system. Our demonstration of the platform in a real and uncontrolled environment was the first of its kind for a swarm robotic system with automatically synthesized control. Apart from research, I was also a Teaching Assistant ISCTE-IUL and an Invited Assistant Professor in Universidade Europeia. I concluded the PhD in 2016 and briefly held a Postdoctoral position in IT, but ultimately decided to transition from academia to the industry. Having worked in the industry while undergoing my BSc and MSc, it was natural for me to jump back into it, and I started working as a developer in the startup world. After working for a Singaporean travel startup, I moved to the Toronto-based healthcare startup HomeMD, where I was offered the role of Chief Technology Officer. I now focus on leading, implementing, and scaling our technology efforts with an international and geographically distributed technical team.

Nearing the completion of my PhD, I decided to move to Bristol, in England, where I joined an SME company called Blu Wireless Technology, as a Radio Frequency Engineer. (see more)

My association with IT, in particular through its branch in the city of Leiria, started around 2009 as a research grant holder during my second year of the Masters’ degree at IPLeiria. This relationship continued through the following years, in part thanks to the great collaborative environment at that branch, but also because I wanted to pursue a PhD in association with this research institution. To this extent, IT started sponsoring my PhD in 2013 in partnership with the University of Vigo, in Spain, which would later grant me that degree in 2017. Nearing the completion of my PhD, and with a mind-set on moving to the high-tech industry, I decided to move to Bristol, in England, where I joined an SME company called Blu Wireless Technology, as a Radio Frequency Engineer. My role at BWT, under the Modem team, initially focused on measurement and analysis of the baseband and RF PHY-level performance metrics of the 60 GHz FWA systems that were under development. My tasks also extended to the improvement of the system’s performance where possible, both in the digital and analogue domains. Later on, my tasks expanded towards assisting in the integration of new RF front-ends from third-party partners, from an analogue domain perspective, but also on the control interface mechanisms and associated protocols. Good interpersonal skills have helped me progress in my role, as in numerous occasions, I have had to approach people from different teams within BWT, but also from our RF partners, in order to expand my understanding of several core elements that encompass our commercial solution. Currently, as Principal RF Engineer in the Systems team, my role expands on that described above by providing lead technical expertise in the mentioned areas, as well as on some of the most recent projects – be it either in early assessment or in final type-approval stages. One example of the latter is our solution for the Transport Rail sector, whereby we are enabling the deployment of an infrastructure capable of delivering multi-Gigabit internet connectivity to trains, aiming towards improving the overall WiFi experience of passengers along their journeys.

Currently I work for Babylon Health, in London, as a technical lead in a backend development team. (see more)

Born and raised in Coimbra, I took the Computer Science and Software Engineering 5 year pre-bologna degree there. As I finalised the degree in the summer of 2006 I joined IT as a researcher where I worked on European Projects C-Mobile and C-Cast. In those projects I had the pleasure to work in close collaboration with Professors Rui Aguiar and Diogo Gomes, designing and implementing proof-of-concept architectures for context information management. In the tackled scenarios context information (e.g. location, proximity, activity, ...) was gathered and used by an application or service for adaptation, in order to improve the user experience. In 2008 I was hired by Portugal Telecom Inovação (now Altice Labs) and simultaneously enrolled in the MAP-i Doctoral Programme. After a curricular year I had to submit a thesis proposal and I asked Professors Rui Aguiar and Diogo Gomes if they would be my supervisors for a thesis targeting the privacy of context information - something familiar to us from our European projects work but that hadn't been specially focused at the time. They kindly agreed to collaborate once again. Back in 2009 privacy wasn't a hot topic, but that changed dramatically in the following of years, especially after the Snowden case in 2013. Throughout this period I often worked in the IT Aveiro premises and collaborating with the ATNoG research group there, where I got support setting up infrastructure for my experiments and taking my first steps in machine learning, as it became a need for my thesis. I defended my PhD in 2015, at a time when I had already left Portugal Telecom Inovação and moved to Belgium. This was the last professional collaboration to this date with IT, as since then I have been focusing mostly in industry software development positions, but I've kept informal contact with my supervisors. Currently I work for Babylon Health, in London, as a technical lead in a backend development team. We use Scala (programming language), semantic web technologies and machine learning to build services that support a medical chatbot.

Higher education and training fostered by hosting and tutoring graduate and postgraduate students.

Cutting-edge laboratories throughout all sites, to back-up applied research and technology transfer projects.