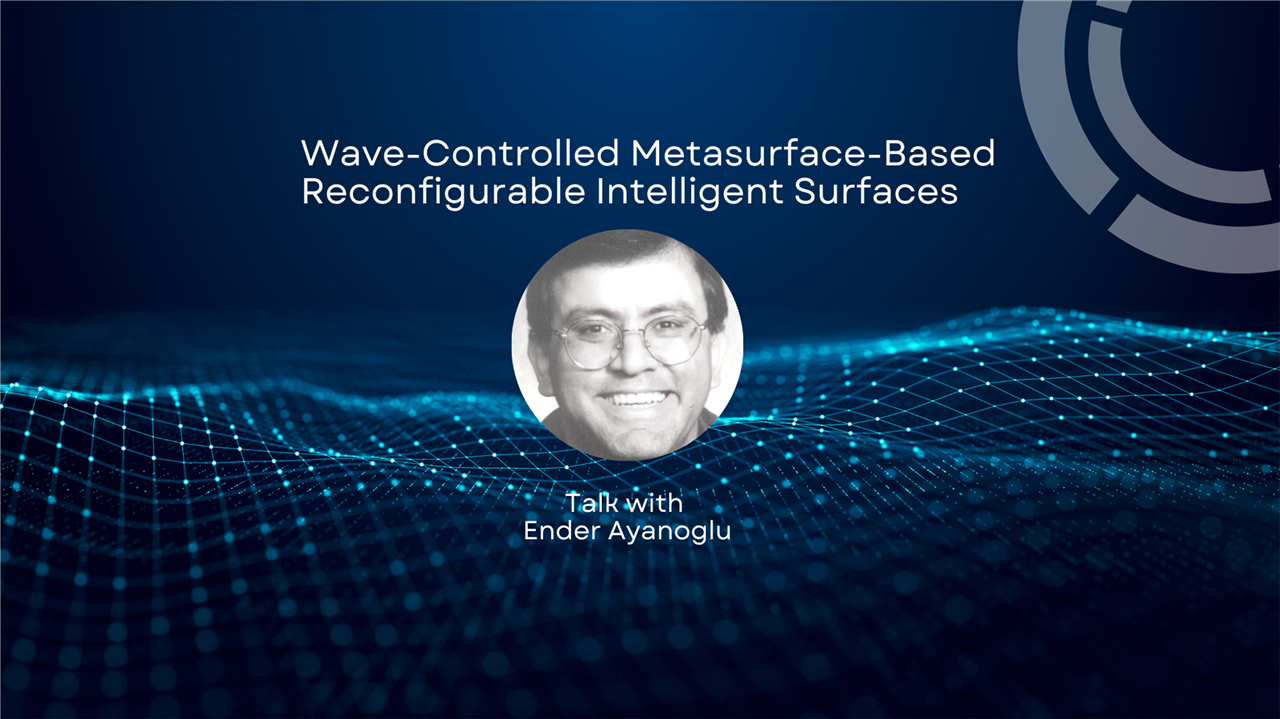 ComSoc PT Chapter and IEEE VTS PT Chapter, and Instituto de Telecomunicações, are inviting you to the talk entitled “Wave-Controlled Metasurface-based Reconfigurable Intelligence Surfaces”, which will be presented online by Professor Ender Ayanoglu of the University of California Irvine.

Reconfigurable Intelligent Surfaces (RISs) are programmable metasurfaces that can adaptively steer received electromagnetic energy in desired directions by employing controllable phase-shifting cells. Among other uses, an RIS can modify the propagation environment to provide wireless access to user locations that are not otherwise reachable by a base station. Alternatively, an RIS can steer the waves away from particular locations in space, to eliminate interference and allow for the co-existence of the wireless network with other types of fixed wireless services (e.g., radars, unlicensed radio bands, etc.). The novel approach presented in this talk is a wave-controlled architecture that properly accounts for the maximum possible change in the local reflection phase that can be achieved by adjacent RIS elements. It obviates the need for dense wiring and signal paths that would be required for individual control of every RIS element, and thus offers a substantial reduction in the required hardware. We specify this wave-controlled RIS architecture in detail and discuss signal processing and machine learning methods that exploit it in both point-to-point and multi-cell MIMO systems. Such implementations can lead to a dramatic improvement in next-generation wireless, radar, and navigation systems where RIS finds wide applications. They have the potential to improve the efficiency of spectrum utilization and coexistence by orders of magnitude.

Ender Ayanoglu has been a Professor in the Department of Electrical Engineering and Computer Science, University of California, Irvine, Irvine, CA, where he served as the Center for Pervasive Communications Director and Computing and held the Conexant-Broadcom Endowed Chair. His past accomplishments include the invention of the 56K modems, the characterization of wavelength conversion gain in Wavelength Division Multiplexed (WDM) systems, and diversity coding, a technique for link failure recovery in communication networks employing erasure coding introduced in 1990, prior to the publication of the first papers on network coding. He served as the Editor-in-Chief of the IEEE Transactions on Communications from 2004 to 2008. From January 2015 until December 2016, he served as the Editor-in-Chief of the IEEE Journal on Selected Areas in Communications - Series on Green Communications and Networking.

Participation through the Zoom URL:
https://videoconf-colibri.zoom.us/j/92105313378?pwd=cmlCcU1oMHdqamp3YVBxQzFFTWlDUT09