How to reach us

Send us your suggestions

The IT-IUL Branch is based at the University Institute of Lisbon (ISCTE-IUL), located in the campus called Cidade Universitária de Lisboa (Lisbon University City) on the West side of the Campo Grande area. The IT-IUL premises (both labs and staff offices) are located in Edifício II (building II).

Advice: when asking for directions or taking a taxi, notice that “ISCTE” is the name by which our campus is better known.

Arriving by car: Check our map and follow the orange arrows according to where you are arriving from.

Drive up the Av. das Forças Armadas. As you approach the large junction, get to the right lane and turn right (North), onto Av. Prof. Gama Pinto. After 100 meters, you should see a blue traffic sign indicating ISCTE-IUL. Turn right onto that narrower lane and after 150 meters you should be seeing a gray building which belongs to ISCTE-IUL.

You can park in the large parking space of the campus, on the North side of IUL (cheaper one) or, alternatively, in the underground private parking space of IUL (more expensive). If you are staying with us for a long period you should ask for a long term parking permit, with cheaper daily fares.

Arriving by train: Leave the train at the Entre Campos train station. Look for the exit leading to Av. da República. Walk north for about 250 m towards the large Entre Campos roundabout. There, turn left (West) towards Av. das Forças Armadas, which you can identify by its slope. Walk up Av. das Forças Armadas for about 300 meters. The entrance to IUL will be on your right (North).

Arriving by subway (metro): There are two metro stations quite close and about the same distance from IT-IUL: Cidade Universitária and Entre Campos. Use the Cidade Universitaria station if you prefer greener and quieter environments while descending towards IUL. Take the second if you prefer a busy city centre atmosphere and a more straightforward path while walking up the hill of Av. das Forças Armadas.

-From Entre Campos station. Take the exit indicating Rotunda (roundabout). Preferably, walk 50 meters still inside the underground passage so that you can avoid crossing the avenue. When outside, head towards Av. das Forças Armadas, which you can identify by its slope. Walk up Av. das Forças Armadas for about 300 meters, preferably using the sidewalk on the right (North). The entrance to IUL will be on your right (North).

Alternatively, leave the underground passage at the furthest exit, stay in Campo Grande, pass in front a large City Council building (CML- Câmara de Lisboa) and turn left onto Av. Professor Aníbal de Bettencourt, just before the National Library. Go up for 200 meters, passing by the Instituto de Ciências Sociais. You will then arrive at the rightmost entrance (Entrada).

- From Cidade Universitária station (leaving from Alameda da Universidade exit): walk through the underground passage and you will exit in front of the Faculdade de Direito (Law Faculty). Continue on that sidewalk and turn right (South) after the bus stop. IUL will be the white and gray buildings at the end of that stret, 300 meters away. When waking along that street you will eventually see the large car park on your left. You will arrive at the rightmost entrance (Entrada).

-From Cidade Universitária station (leaving from Estádio/Hospital exit): cross the road heading East (i.e., with the University Stadium behind you). Take a steep narrow walking passage downwards. Walk through the lawns of the Faculdade de Medicina Dentária (Dental Medicine Faculty) and you should be able to see the white buildings of IUL. You will arrive at the rightmost entrance (Entrada). 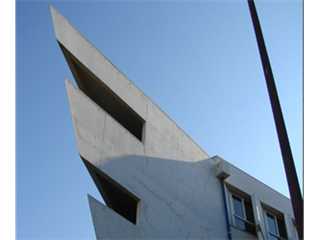