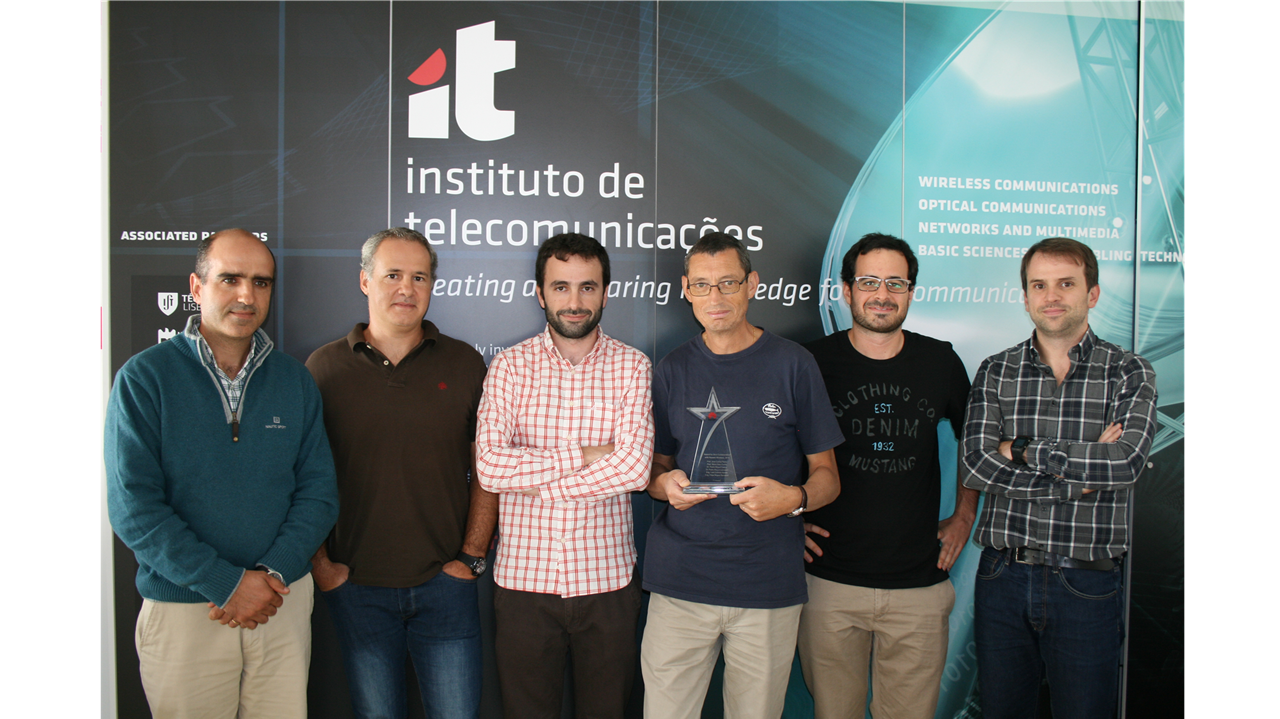 After having received the Annual Collaboration team Award from Huawei, the Wireless Circuits Group from IT Aveiro - Telmo Reis Cunha, Pedro Miguel Cabral, Pedro Miguel Lavrador, Luis Cótimos Nunes e Filipe Barradas, led by José Carlos Pedro - was again distinguished by the Chinese multinational company, this time with the Best Collaboration Award with Huawei Wireless, 2015. This award follows yet again the IT group´s work with the Swedish division of Huawei (HWSE). However, unlike the previous award given by the Swedish division of Huawei Wireless (HWSE), this new distinction was attributed by the Huawei Wireless division out from all the 2015 collaborations with research units over the world.

The four-year project "RF PA Distortion Modeling and Predistortion" brought together the IT group and the Digital Pre-Distortion (DPD) team from HWSE to develop innovative modelling techniques based on the understanding of the device physics. With about 913k€, this was one of the largest, if not the largest IT project to be funded by a private company. According to José Carlos Pedro, the feedback of one of Huawei´s representatives was that “IT has changed the paradigm followed in Huawei Technologies for power amplifier projects”.