IT researcher is developing a low-cost autonomous wheelchair 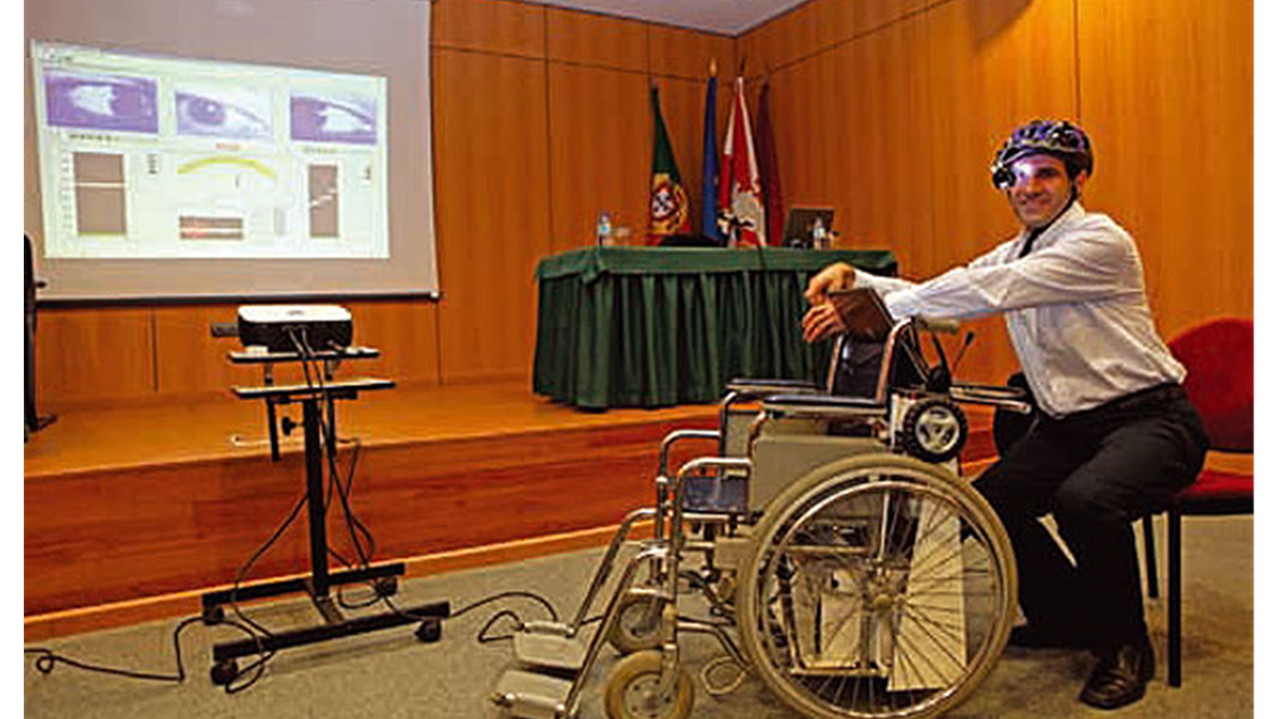 For the last four years, João Pereira from IT in Leiria has been coordinating a project where he and his research team have been working on a low-cost wheelchair prototype which is controlled by speech and eye movements. As João Pereira told us, the goal is to build this chair targeting less than 400€ price. With the existing autonomous wheelchairs going from 10k€ up to 30k€, the low-cost factor represents a huge asset of this project, as well as the fact that this module can be adapted to most wheelchairs that do not have motors, such as those commonly found in hospitals.

Currently on its second version, the model is composed of a conventional wheelchair, a portable PC and a data acquisition board, two engines, a microphone with speakers, two webcams and a helmet. This year, the research team is already working on a third version with the prototype being built from scratch, using low-cost electronics. Also, the majority of the plastic pieces on this wheelchair will be made on a 3D printer.

For now, the prototype is being tested by the research team to improve its driving based on eye movements and voice activation commands, driving remotely via the Internet, driving by following a coloured line glued to the ground and autonomous driving through GPS.