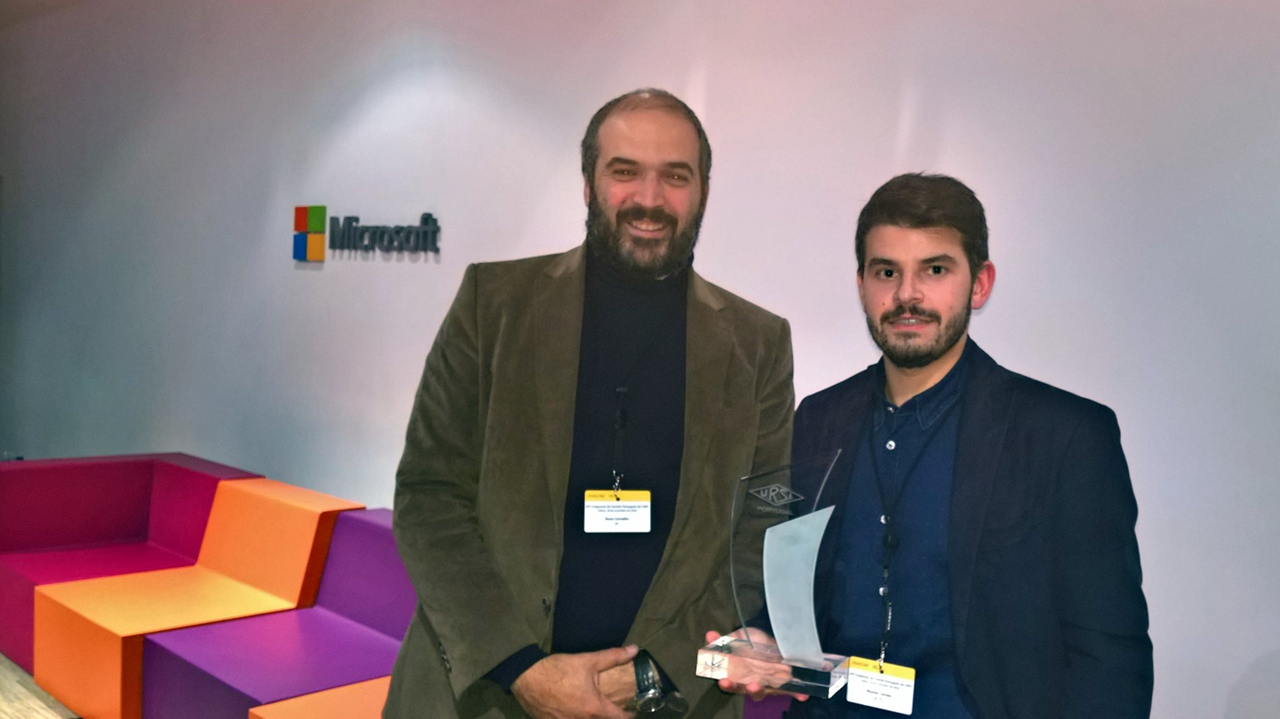 The X Congresso do Comité Português da URSI couldn´t have gone better for our IT researchers, who have won all the awards in dispute.

Ricardo Correia, from the Radio Systems group of IT in Aveiro, was the winner of the ANACOM-URSI Portugal Award with his work “Quadrature Amplitude Modulation Backscatter for Passive Wireless Sensors”. Ricardo considered the award to be “a prestigious recognition of the quality of work that we have developed in our group and a strong incentive to do more and better”. In his work, developed under the supervision of Nuno Borges de Carvalho, also from IT in Aveiro, Ricardo presents a passive wireless sensor that does not require the use of batteries. According to him “this sensor uses a frequency for data transferring (obtained by the sensor) and another frequency for the reception of energy by the transmitters ", increasing the data transmission rate and its range, using low energy consumption.

As for the Best Student Paper Award, the winner was Miguel Monteiro, from IT in Lisbon (supervised by António Rodrigues and Pedro Vieira), with his work “Load Balancing in Self-Optimized 4th Generation Networks (LTE)”. The second place was for the work “UMTS / HSPA Multi-Service Network Capacity Assessment Based in Real Performance Statistics”, developed by Marta Veríssimo from IT in Lisbon (also supervised by António Rodrigues and Pedro Vieira), and the third place went to Andreia Costa, from IT in Aveiro (supervised by Nuno Borges de Carvalho and Pedro Pinho), for her work “Antenna Array to Increase the Communication Range of UAV”

The X Congresso do Comité Português da URSI, wich was sponsored by ANACOM – Autoridade Nacional de Comunicações, was held during the last 18th of November at the Microsoft Auditorium, Lisbon, under the theme "Communications in security and emergency scenarios".