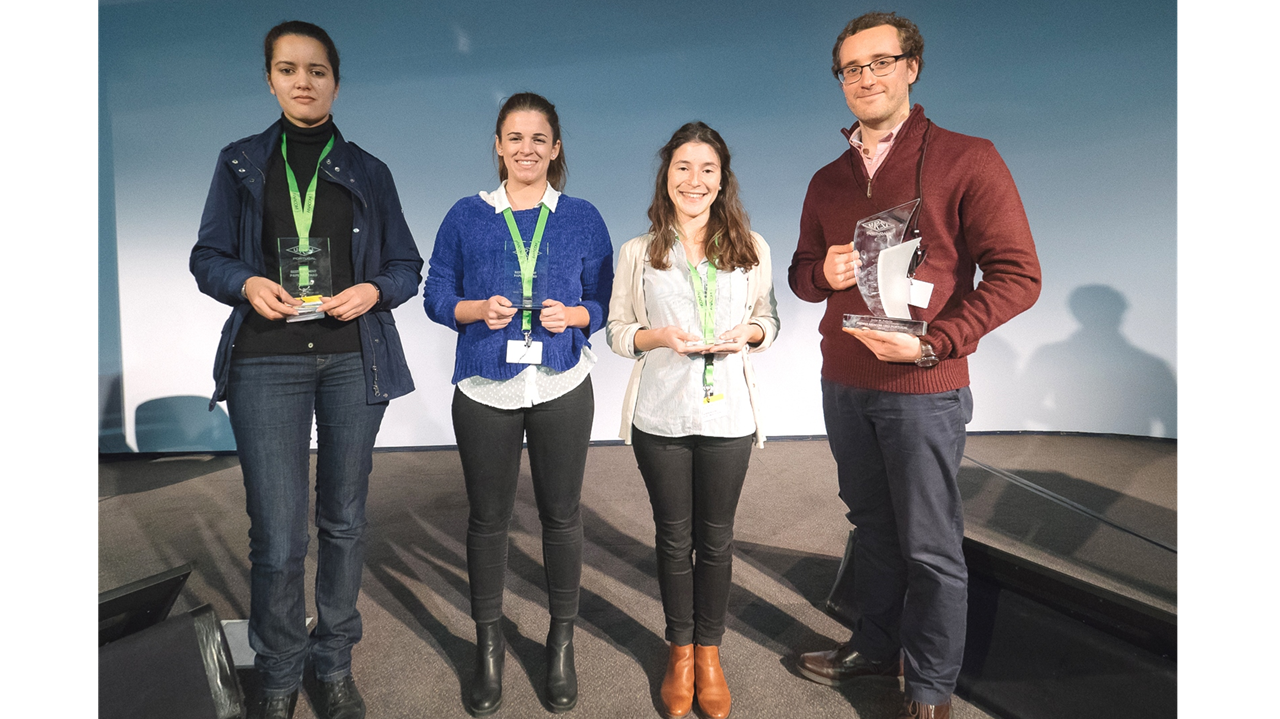 For the second consecutive year, IT researchers won all the awards in dispute at the “XI Congresso do Comité Português da URSI”, held last November 24 at the Fundação Portuguesa das Comunicações, in Lisbon.

João Felício, from the Antennas and Propagation group of IT in Lisbon (AP-Lx), won the ANACOM-URSI Portugal Award with his work “Microwave Imaging for Breast Cancer Screening: Experimental Validation”. Currently, the primary imaging technique to detect breast cancer, the second most common cancer in the world, is mammography, which uses ionizing radiation and requires the compression of the breast. On his research João Felício, under the supervision of Carlos Fernandes and Jorge Costa (both also from the AP-Lx group), developed methods and technology that are intended to help detecting breast cancer at an early stage, without any contact with the breast, using Microwaves. “Microwaves are showing great potential as an alternative pre-screening method. Contrarily to X-rays, Microwaves are non-ionizing and, therefore, do not have any long term consequences to health”, said João Felício.

Over the years, the ANACOM-URSI award has distinguished researchers for their impactful, complete and creative scientific work. Knowing this, João Felício said he was “very honored to be part of this restrictive group”. Sharing the merit with everyone involved in the research, João Felício finished saying that “Getting the notion that the work is actually appreciated and that it could have a real impact on society is extremely gratifying. It gives me even more motivation to develop something meaningful”.

As for the Best Student Paper Award, the winner was Carolina Gouveia, (IT in Aveiro/UA), supervised Pedro Pinho and José Vieira (both also from IT in Aveiro), with her work “Bio-radar performance evaluation for different antenna design”. The second place went to Hafssaa Latioui (IT in Lisbon), supervised by Mário Silveirinha (IT in Lisbon), for the work “Electromagnetic “transparency in a material with two distinct topological phases”. And finally, the third place was attributed to Vera Pedras (IT in Lisbon/IST), supervised by António Rodrigues (also from IT in Lisbon), for her work “Development of QoE models (No Reference) for voice and Web Browsing based in 3G/4G radio measures”.

On the photo, from left to right: Hafssaa Latioui, Vera Pedras, Carolina Gouveia and João Felício