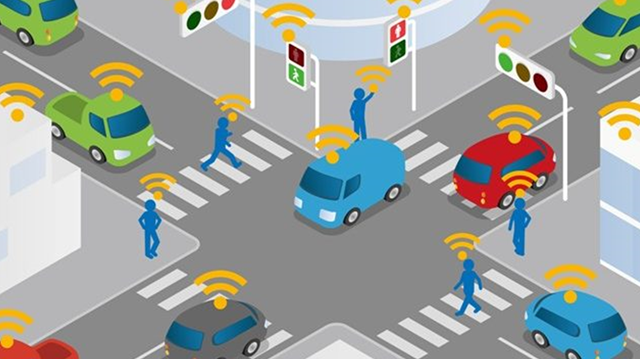 Vehicular networks have emerged as a result of advancements in wireless technologies, ad-hoc networking, and the automobile industry. These networks are formed among moving vehicles, road side units and pedestrians that carry communication devices.

As wireless networks evolve towards high mobility and providing better support for connected vehicles, a number of new challenges arise due to the resulting high dynamics in vehicular environments and thus motive rethinking of traditional wireless design methodologies. Future intelligent vehicles, which are at the heart of high mobility networks, are increasingly equipped with multiple advanced onboard sensors and keep generating large volumes of data.

In project QUESTS researchers from five different research groups of IT will engineer a universal quantum-enabled secure multiparty (SCM) computation framework suitable to be used in vehicular networks. SMC allows cooperation in the cyberspace between parties with full security and privacy.

Oblivious transfer, a type of protocol in which a sender transfers one of potentially many pieces of information to a receiver, but remains oblivious as to what piece has been transferred, is a fundamental primitive for SMC. Based on a novel hybrid approach, quantum and classical, the QUESTS team will implement oblivious transfer in a way that surpass in terms of speed and security any known classical implementation. This secure and fast oblivious transfer has the potential to make SMC-based services broadly available, if the generated quantum oblivious keys can be securely distributed to every device in the network.

Researchers will investigate and propose a distribution network for quantum generated oblivious keys, in a way that makes possible to disseminate the keys for many end-devices. The ability to distribute securely quantum generated keys to mobile devices is a fundamental step to integrate quantum technologies in modern complex and heterogeneous communication systems.

As proof-of-concept, the focus will be on a service to vehicular networks. Vehicular networks can play a major role in the future of mobility, but their full potential can only be unveiled if the parties can cooperate in a full secure and privacy respectful way. Therefore, implementing a secure multiparty computation service in a vehicular network can have a huge societal impact, but also raises major engineering challenges due to the large number of parties involved the mobility of end-users, which demands the novel approaches that will be pursued in the QUESTS project.