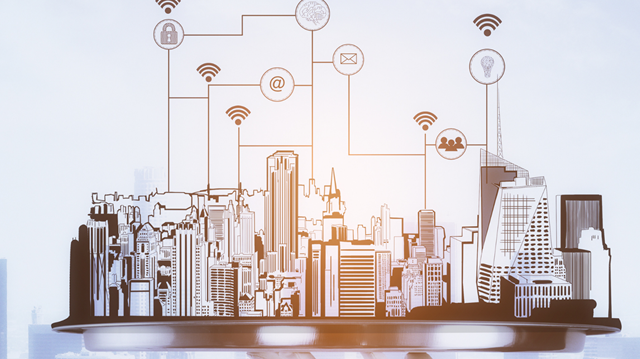 Key industrial sectors are rapidly transformed by digital and communication technologies leading to the fourth industrial revolution. New ones in the making, like Smart Cities, inspire a new breed of applications and services. The salient characteristic of these sectors, known as verticals, is that they are rapidly becoming open ecosystems built on top of common physical infrastructures and resources. This requires a high degree of technological convergence among vertical industries, empowering them with enhanced technical capacity to trigger the development of new, innovative products, applications and services.

In this context, and under the EU program Horizon 2020, the three-year project 5GINFIRE aimed to create a pioneering 5G playground consisting of eight European testbeds and one Brazilian facility, that enabled experimentation in various vertical industry domains in the context of initial 5G based applications and services, as well as 5G networking capabilities. The project took place from January 2017 to December 2019, and involved an international consortium of ten institutions, including IT. Most of its experiments focused on areas of Cooperative Intelligent Transportation and various media related applications (multi-media streaming, real-time a/c surveillance, emergency services, etc.).

IT’s Telecommunications & Networking group and Network Architectures & Protocols group in Aveiro played an important role in the project by hosting one of the most used facilities, with use cases in the automotive vertical and in network applications and services, all of which were provided by Research Centers and SME’s that applied through an open call process for access to the project facilities. Furthermore, IT made important contributions to 5GINFIRE, namely in the development of a prototype CI/CD platform for 5G Network Applications (NetApps), and also contributed towards Open-Source MANO, ETSI Open-Source Reference Implementation of the MANO standard.

During the project, the 5GINFIRE portal counted 115 registered users and over 470 orchestration requests, recording the interest of the 5G research community in the platform made available by the project. Experimenters, mostly from SMEs but also from research institutions, were able to deploy their innovative 5G services and applications in the various testbeds, assisted by local teams who worked together with these third-party experimenters to collect important metrics on performance, compliance and feasibility of their prototypes, ultimately leading to important scientific results and new products/services.

In Aveiro, experimenters from OdinS (a Spanish SME) tested the concept of Mobile Device Virtualization through State Transfer (MIGRATE), which proposes the use of a virtual representation of mobile devices to gather and process data at the edge of the infrastructure network.

In another case, researchers from CNIT (Consorzio Nazionale Interuniversitario per le Telecomunicazioni) experimented with the deployment of a Service Function Chaining (SFC) framework, providing tenants with a latency-aware SFC management, while minimizing support required from infrastructure operators. This experiment was very challenging, as it involved an interdomain scenario using Aveiro, Bristol, Madrid and Uberlandia testbeds.

Overall, the experiences gathered in 5GINFIRE represented a valuable input for the large-scale testbeds which are currently being established by projects within the 5G PPP program in Horizon 2020. Experimenters got access to state-of-the-art 5G NFV technologies and interacted with members of the consortium, potentiating new research opportunities and collaboration amongst all. The facilities created during the project have continued to operate and are already involved in new national and H2020 projects.