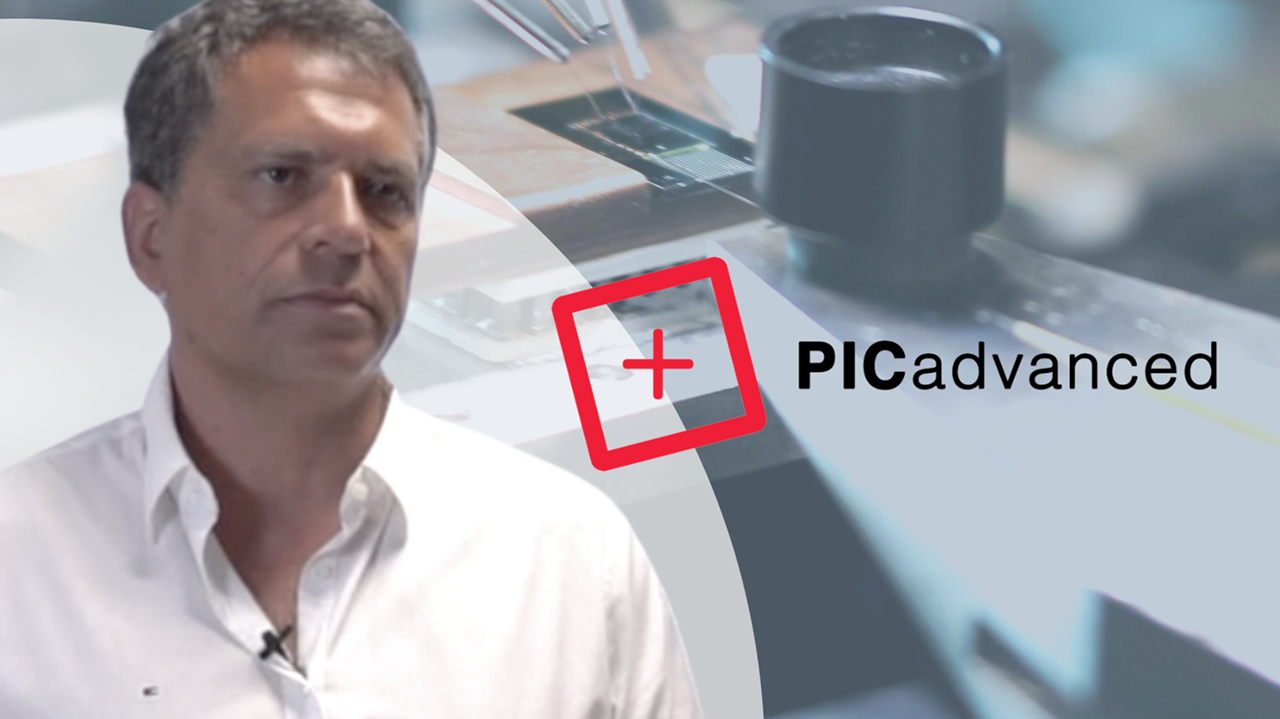 Born in 2014 and based in Ílhavo, PICadvanced (PICa) is an IT spin-off co-founded by António Teixeira (Senior IT Researcher), Francisco Rodrigues and Ana Tavares (former graduate students at IT). The company has been an active player in the development of optoelectronic transceivers for a new telecommunications network standard called NG-PON2 (Next-Generation Passive Optical Network 2). Leveraging its expertise, the company aims to provide innovative solutions for the Passive Optical Network (PON) market.

Having been noted as one of Portugal’s top 25 start-ups, PICa has solved many complex problems through optics, from design and development to packaging and testing, that are used in the electrotechnology, telecommunications, and biomedicine industries. In 2020, the company raised €4 million in a Series A financing round led by telecom giant Verizon Ventures, with support from 200M Co-investment Fund managed by PME Investimentos.

In this interview, co-founder António Teixeira takes us through PICa’s 7-year journey and its role in building the future ecosystem-based on integrated photonics.

Tell us about PICa’s early days…how did the idea materialize into what is now one of Portugal’s top start-ups?

Well, I have always been passionate about integrated photonics and optical processing. Throughout my entire research career, I have focused on optical signal processing, analysis and development. After working at Nokia for four years — during which time I worked exclusively on setting a new standard for access networks — I joined forces with Ana and Francisco, who were graduate students at the time, and we started designing systems. From that point, there was a spark of inspiration, a notion that with a lot of implementation effort, we could take abstract studies on integrated photonics to the real world.

Although integrated photonics is still far from being a reality, at the time I turned to Ana and told her “Let’s get this idea off the ground, we are going to set up a company and it’s going to work”. So I turned to my network to get the business up and running…we received some funding from a few US companies that believed in our idea, we took the standard and started working on it, and since then our team has been gradually growing.

How would you describe PICa’s evolution in the past seven years? What have been the main advances?

The advances are almost infinite. We launched the company in October 2014, and soon after we celebrated our first contract. From that point the company has gone through different phases. We started by developing our resale services, we kicked off the first private runs, but it was mainly about paying the bills at that time. Then we moved on to the second phase…our expenses were mostly covered by then, and there was a surplus that could be invested in R&D. In the third phase we developed our first generation of products, and now we’re in the sustainable growth phase, where everything operates almost autonomously.

What role has IT played in the success of PICa?

There is definitely a gap between what is produced from a scientific point of view and what is needed in the “real world”. Most of the time, students leave an academic or research environment and they find themselves light-years away from real-world expectations.

But the way I see it, spinning off an idea is not, in itself, the most relevant step to bridge that gap. It’s important to look at the bigger picture, the whole context of innovation and competence nurtured within IT, the highly qualified people who explore the capabilities of telecommunications and then transfer that knowledge into a business context. We should place much more emphasis on people, rather than ideas.

So I think it’s essential we maintain a close relationship with IT. We continue to do so with project partnerships (we allocate 10-15% of all our projects’ budget to IT), and I also encourage everyone at PICa to combine their work with postgraduate degrees. It’s all about fostering training and attracting future talent…Master students and PhD students who graduate from IT bring the kind of energy and capability that brings added value to a company.

Last year, PICa hit yet another milestone, securing €4 million through a financing round led by Verizon. How will this funding support the company in the coming years?

Well, when we’re talking about developing new technologies, specifically new hardware, it’s a very lengthy and drawn-out process. It’s very different from software development, where you create something that can be sent out to millions of devices the next day.

Bearing in mind the market we’re in, and the time it takes to reach people, our main goal at this point is to prepare and qualify the company in terms of new technologies, human resources, and equipment, in order to support its growth and development and to take the necessary final steps for the technology to become self-sufficient.

How do you see the progress of optical networks? What will their future look like?

In my view, optical networks are the future. And we’re not far from this future…I believe it to be just 10 or 15 years away, especially when it comes to access networks — essentially the ‘endpoints’ for data. With the rise of fifth-generation communication systems, 5G obviously becomes a core focus and one of PICa’s biggest selling points when attracting investment. The potential is endless…which is also why I continue to make great efforts within IT to develop new ideas and solutions that can pave the way for 5G. I firmly believe we need to keep investing in innovation, encouraging creativity, new ideas…they may not have direct or immediate value, but they can certainly pave the way for important technology breakthroughs.

Currently, does PICadvanced face any direct competition? Are there similar solutions out there?

We have some competition, but not a lot, which protects us in a way. I would say there are just a handful of companies in the world competing for the same space — at least two-million-dollar companies and a Canadian start-up. Even so, I’d say we’re at a slight advantage given our experience and the fact we’ve been working in this market for the past seven years, and having a company like Verizon backing us attests to that.