IT in Defense Experience on Secure Communications 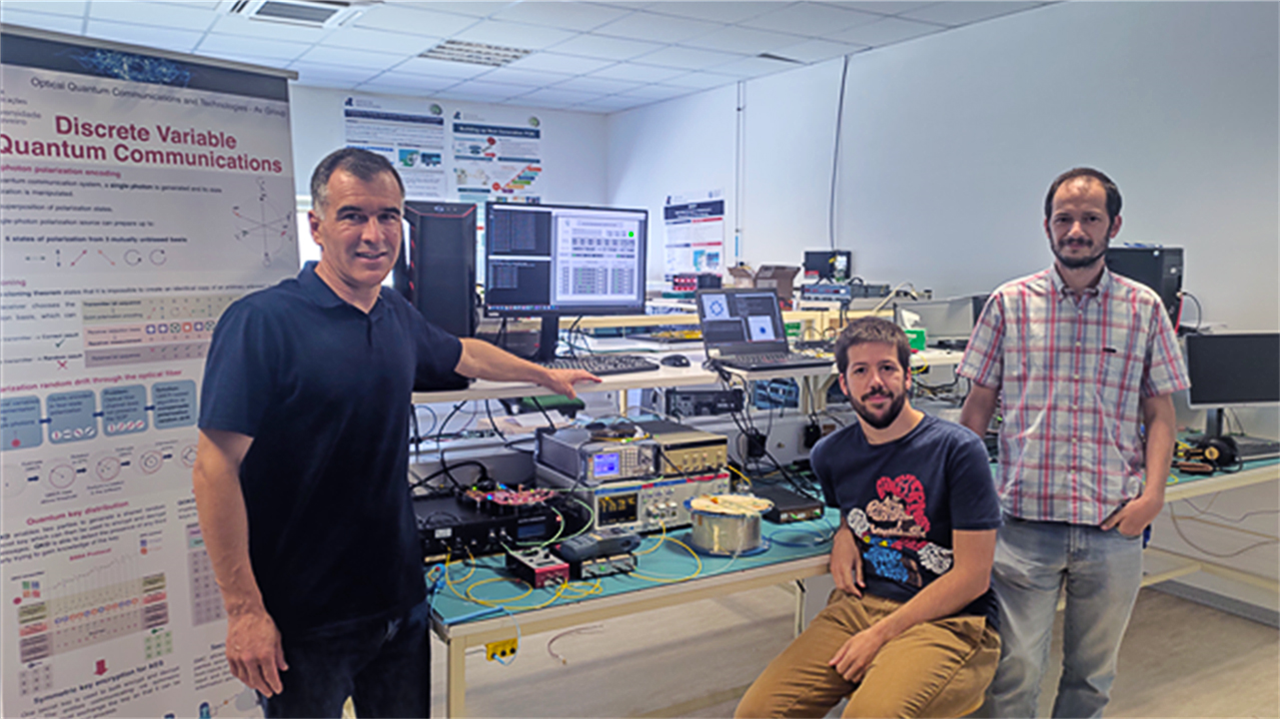 Researchers from the Optical Quantum Communications and Technologies of the Instituto de Telecomunicações, led by Armando Nolasco Pinto, participated in the experiment of new technology for secure communications in Defense, jointly with the General State of the Armed Forces and the Air Command, in Lisbon. It was a quantum transmission experiment that guarantees secure communications, namely, detecting if someone is trying to intercept the communications. The experience was a national preparation action for the DISCRETION project, which is just starting.

The DISCRETION proposal was submitted in the 2020 Call for proposals of the European Defence Industrial Development Programme, which is led by DEIMOS Engenharia, Elecnor Deimos branch in Portugal, first classified in the Cyber situational awareness and defense capabilities, defense networks, and technologies for secure communication and information sharing topic of EDIDP’s 2020 call for proposals (EDIDP-CSAMN-2020).

DISCRETION aims at integrating and combining the technologies of software-defined network (SDN) and quantum key distribution. This, combined with legacy optical networks, will build a highly secure, scalable, and resilient network control architecture for advanced tactical operation services. Compared with the traditional approach, where the network configuration and management interfaces are typically proprietary and tied to a specific manufacturer, SDN represents a revolution that supports further network evolution, opening it to potentially disruptive technologies like Quantum Key Distribution (QKD) and quantum technologies in general.

This technology will reinforce the European Defence’s autonomy in secure communications.

States Nuno Ávila, the Director of Deimos Engenharia: "This activity is a steppingstone for Deimos in Telecom [...] Quantum technologies are the future for dependable communications, and we are thrilled to be the pioneers building up this capacity for the European defense."

Catarina Bastos, DISCRETION Project Manager in Deimos Engenharia, states: "We are really happy to have the possibility to develop such a network in Portugal. Our consortium is unique in terms of experience and innovation. We will join all of our forces to change the communications and information sharing paradigm in Europe."

General Rocha, from EMGFA, stated: "This pioneer field experiment allowed to demonstrate the national capabilities of Portuguese industry, academia and defense internationally, and to start DISCRETION in a perfect time."

Almirante Gameiro Marques, Head of the Cybersecurity group in the National Security Office added: "The development of projects of this nature will enable Portugal – and Europe– to have its proprietary technology in these areas, including its own encryption machines, and the respective cryptographic key production processes."