Carlos Salema was awarded the Honoris Causa by Polytechnic of Leiria 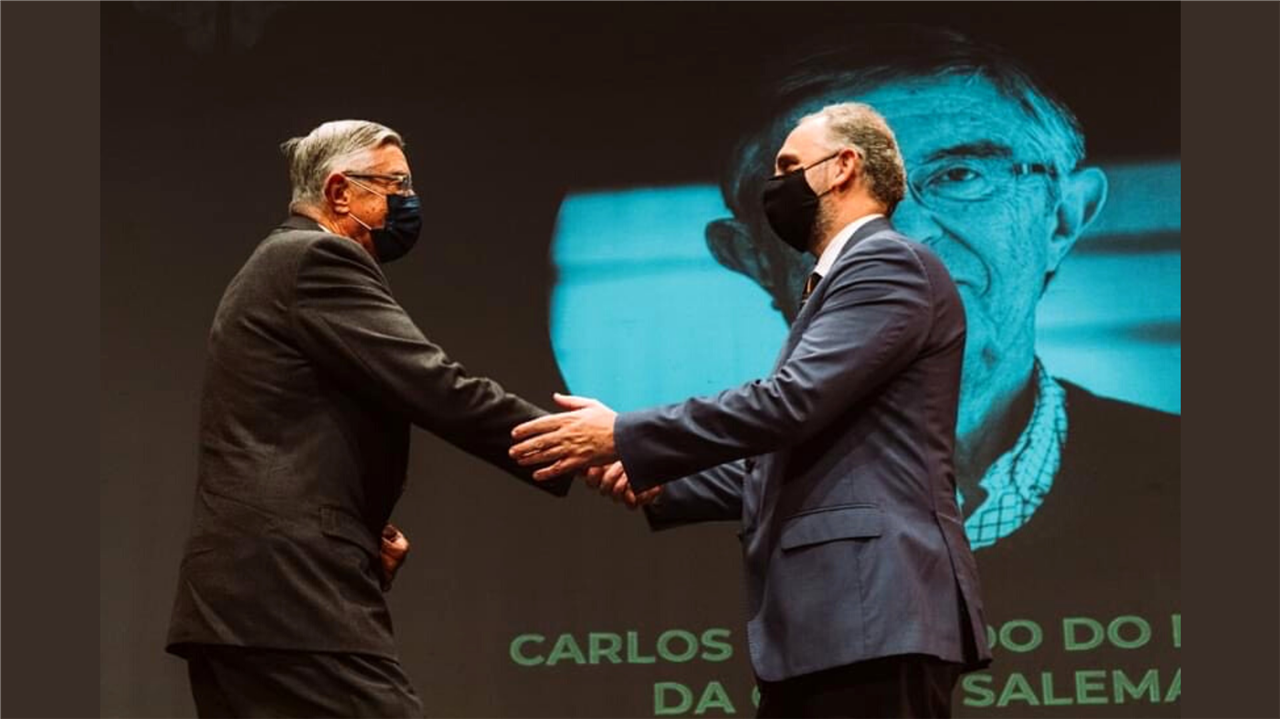 Carlos Salema was awarded the title Professor Honoris Causa by the Polytechnic Institute of Leiria, at the opening ceremony of the academic year 2021/22, on past November 9th (see more), for his contribution to the Institute's deepening in the area of R&D.

This title is one of the many distinctions he received throughout his outstanding career, entirely dedicated to research in the telecommunications field.

Recently, Carlos Salema also had been awarded the Medal of Scientific Merit, formally in the Encontro de Ciência 2021 in Lisbon by the Ministry of State and the Presidency and the Ministers’ Council, Mariana Vieira da Silva, and by the Ministry of Science, Technology and Higher Education, Manuel Heitor (see more).

Carlos Salema graduated in Electrical Engineering from Instituto Superior Técnico in 1965 and obtained his Ph.D. from Queen Mary College University of London in 1972.  He was appointed Full Professor of IST in 1979, and Emeritus Professor in 2010. Several generations of today's Telecommunications Engineers were influenced by his compelling lectures on Telecommunication Systems, which he delivered in the Department of Electrical and Computer Engineering, until 2003.

He was appointed president of JNICT (prior name of current FCT), in 1989-89, succeeding Mariano Gago in the position, having then assumed the direction of the CIENCIA and STRIDE programs. Under his presidency, the «International Scientific and Technological Policy Symposium for the 1990s» was promoted (Lisbon, March 1991), in whose works he participated with the presentation «From the Integrated Scientific and Technological Development Program to the SCIENCE Programme». He was President of the College of Electrotechnical Engineering of the Ordem dos Engenheiros, in 2002, President of the executive board of the Foundation for National Scientific Computing (FCCN), member of the General Council of University of Beira Interior.

In 2002, he was awarded the title of Doctor Emeritus by the Instituto Superior Técnico and, in 2014, the title of Doctor Honoris Causa by University of Beira Interior. Since 2003 he has been Visiting Professor and Member of the Scientific Council of the Faculty of Engineering of the Catholic University of Portugal. In 2019 he became President of Academia das Ciências de Lisboa.

He was co-founder of Instituto de Telecomunicações (IT) in 1993, and its President until April 2021.

Carlos Salema enthusiasm and leadership contributed decisively to elevating IT to its status as the major Portuguese applied research institution in the field of Telecommunications.