Just out the book "Mecânica Quântica: A Maior Aventura Intelectual do Século XX"

by IT on 07-11-2022
Book title Mecânica Quântica: A Maior Aventura Intelectual do Século XX 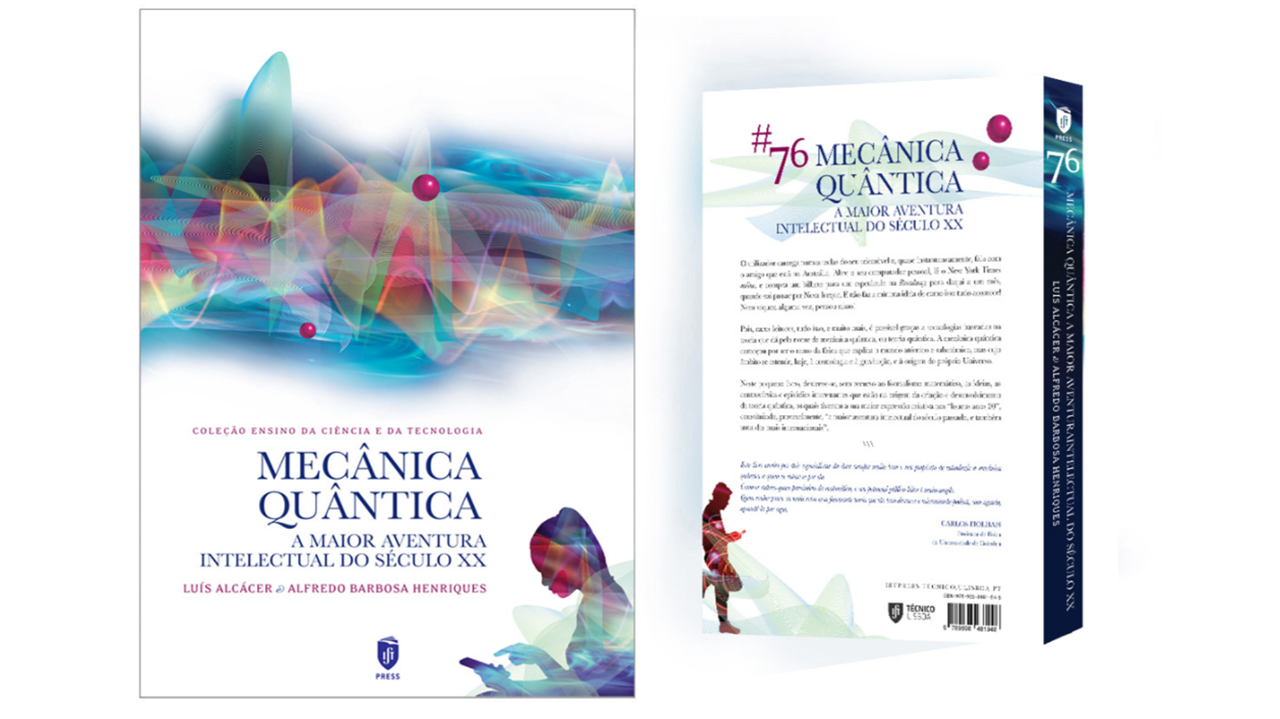 The timing could not be better for the publication of the book "Mecânica Quântica: A Maior Aventura Intelectual do Século XX", authored by Luís Alcácer and Alfredo Barbosa Henriques, as it follows, the award of the Nobel Prize in Physics to Alain Aspect, John F. Clauser e Anton Zeilinger, “for experiments with entangled photons, establishing the violation of Bell inequalities and pioneering quantum information science.”

The book, not only describes those experiments, but also the ideas, controversies, and amazing episodes at the origin of the creation and development of Quantum Mechanics, almost dispensing with mathematical formalism.

The user presses some keys on his cell phone and, almost instantly, talks to his friend who is in Australia. He opens his personal computer, reads the New York Times online, and buys a ticket to a Broadway show for a month from now when he's going through New York. And he has no idea how this all happens!

Today, this is possible thanks to technologies based on the theory that goes by the name of quantum mechanics, or quantum theory. Quantum mechanics began as the branch of physics that explains the atomic and subatomic world, but whose scope today extends to cosmology and gravitation, and to the origin of the Universe itself.

This small book describes, without recourse to mathematical formalism, the ideas, controversies, and exciting episodes that are at the origin of the creation and development of quantum theory, which had their most significant creative expression in the “roaring twenties."