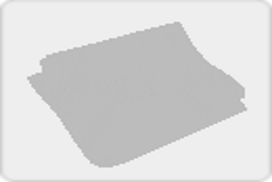 One manifestation of the exotic nature of quantum theory is the existence of correlations between systems that would be impossible within any classical theory. Quantum correlations, for instance in the form of quantum entanglement or quantum nonlocality, are considered a key ingredient for the overachieving performance of quantum systems at information processing tasks. Despite their importance, the set of quantum correlations is only known in very simple situations. We can impose a bound on the strength of quantum correlations by assuming that they obey the "no-signalling principle", i.e., they are compatible with restrict relativity by not allowing information to be sent instantaneously. But this principle alone is not enough: some no-signalling correlations are not possible in a quantum world.
In this talk I will present a very simple (almost naive!) multi-party game, "Guess your neighbour's input", where the best performance of the players is a signature of the kind of physical resources they use (classical, quantum or no-signalling). I show that we can distinguish classical/quantum theories from no-signalling ones, but only in the case we have more than two players. This indicates the existence of a generalized no-signalling principle for the multipartite setting.


SHARE:
By year
By Site
By Tag
© 2022, IT - Instituto de Telecomunicações | All Rights Reserved