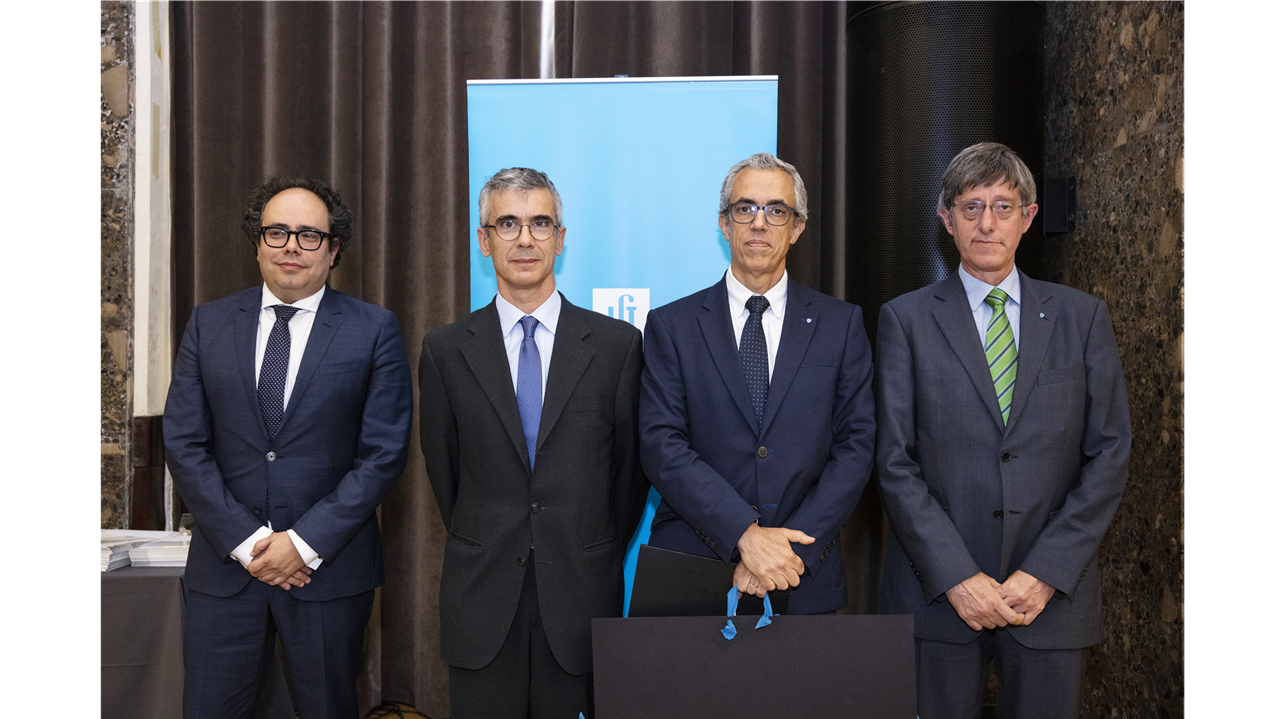 Mário Figueiredo, Professor of IST and a researcher at IT, was awarded the title of IST Distinguished Professor “for his outstanding contributions to the scientific leadership and advanced training of the Instituto Superior Técnico in the fields of Statistical Signal and Image Processing, Statistical Machine Learning, and Optimization”.

“This distinction puts me in a group of colleagues that I greatly admire. More than any international award, being distinguished by the school that I´ve joined at the age of 18, in 1980, and from which I never left, gives me great satisfaction".

In a brief but compelling speech, Mário Figueiredo addressed many words of recognition and appreciation to all the people that influenced and supported him. Here we highlight the heart-felted words addressed to his friend and fellow researcher in IT, José Bioucas-Dias: “During my undergraduate and masters degree I met many of my colleagues and friends of today, in particular José Bioucas-Dias. We spent long hours playing ping-pong on the top floor of the interdisciplinary complex, which delayed the completion of our final paper, but sealed a very solid friendship. We are co-authors in more than 40 articles. Without him I would not be here today".

Finally, Mário Figueiredo shared with the audience his thoughts on what he considers to be the most important role to play by a teacher: "that of motivation and the stimulus of curiosity". "It is this curiosity that puts people in a state of absorbing knowledge," he emphasized, stating that: "Nothing gives me the feeling of being more fulfilled as a teacher than when a student says at the end of the class that the subject matter is really interesting".


Photo: Mário Figueiredo (second from the right) received the distinction during the solemn ceremony of the Day of Técnico, May 23, which gave start to the celebrations of IST´s 108th anniversary. Credits: Débora Rodrigues/IST