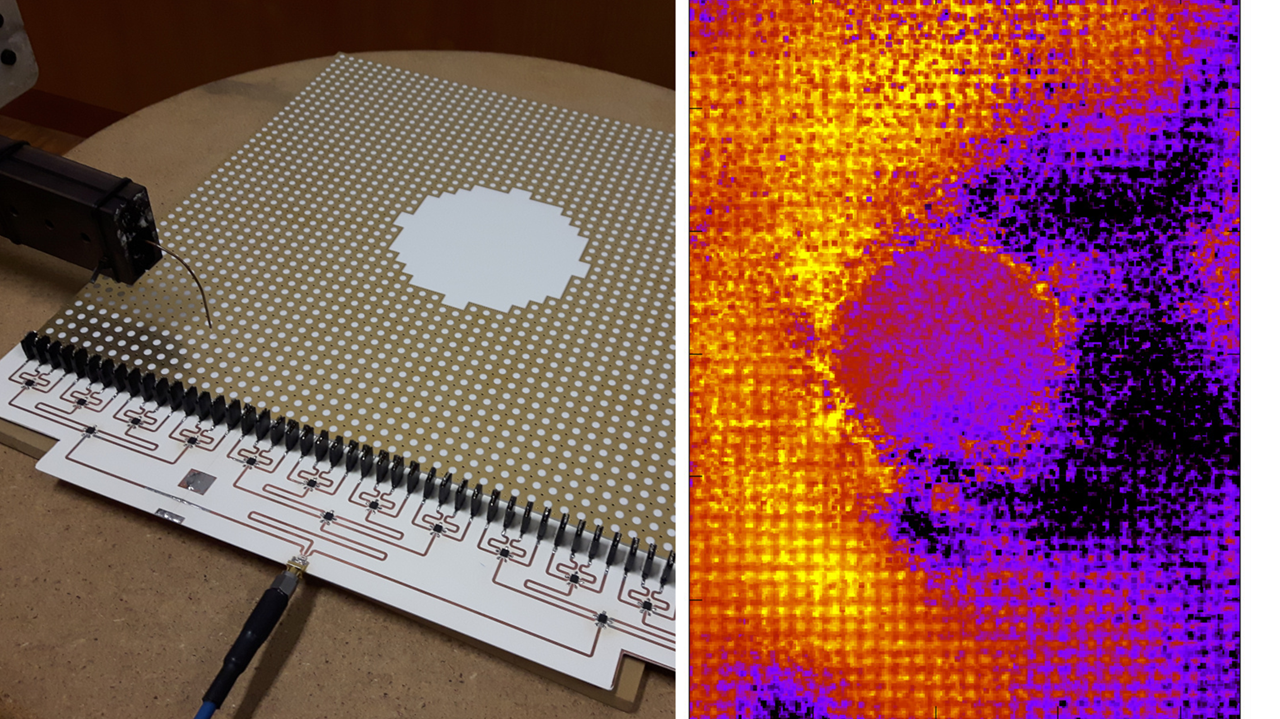 In MMSUPER, a project funded and developed in IT, a team of researchers studied objects which, when illuminated, receive more energy than what is incident on their surface. The goal was to build and test the first prototype of an enhanced absorber of microwave radiation based on this principle. Besides demonstrating the main effect, the researcher´s motivation was to identify how such superabsorbers could be used for energy harvesting at microwaves.

“This study followed our discovery that the artificial materials with simultaneously negative permittivity and permeability – the so-called double-negative metamaterials – could be used to create superior thermal radiation emitters and absorbers, which we called “metamaterial thermal black holes”. Because realizing such objects in three dimensions was out of reach for us, in the MMSUPER project we used an equivalent two-dimensional topology inspired by the “wormholes”: hypothetical channels which connect separate three-dimensional worlds through the fourth dimension.”, explained Stanislav Maslovski, the project coordinator.

In this experiment, the incident waves propagate in a dense mesh of transmission lines resembling free space. The entry to the wormhole resides in this domain, and the exit opens into another mesh. The latter is a double-negative metamaterial that cancels all propagation effects – such as diffraction or retardation – which occur in the first mesh. Under this condition, arbitrary incident waves fall into the wormhole, which thus acts as a superabsorber. Illustrations for these phenomena can be found in a Phys. Rev. B paper that was selected for December’s issue of “PRB Kaleidoscope”.

“Note that observing such effects poses a great challenge, due to the narrow bandwidth and high losses of real metamaterials. While the bandwidth problem can be tackled by tuning metamaterials dynamically with a control signal (e.g. light), the inevitable losses affect performance. Nevertheless, in this project, for the first time, the superabsorption has been demonstrated experimentally. The result shows that the wormhole casts a shadow with a size greater than the wormhole’s diameter, which confirms the superabsorption effect. These results pave the way for realizing superior receivers of microwave radiation for applications in electromagnetic energy harvesting and wireless power transfer”, concludes Stanislav Maslovski.