INTELE 2019: A one-week journey through the world of telecommunications 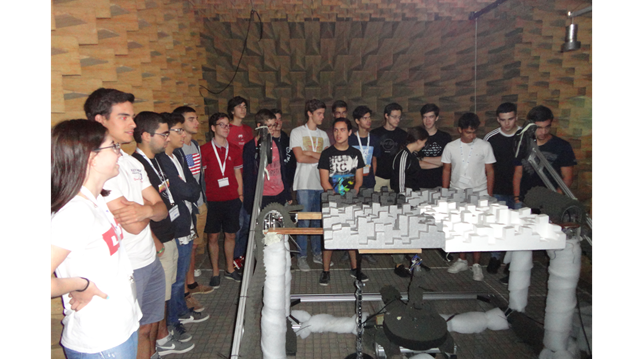 As in previous years, IT welcomed a group of students from the 10th to the 12th grade to present and capture the interest of these young minds for telecommunications. Organised, as always, within the program “Ciência Viva no Laboratório - Ocupação Científica de Jovens nas Férias”, this was the 8th edition of the traineeship INTELE – Introduction to Telecommunications.

During this 30 hours course, that was hosted by IT and Instituto Superior Técnico, between 1 – 5 July, trainees contacted and learned about topics such as electromagnetic waves, optical communications, wireless energy, telecommunications modulation and more. “The teachers were always available to clarify us and were constantly making questions. Indirectly, they gave me a lot of ideas for new projects”, said one of the students. There were also many practical activities like the assembling of "kits" for FM broadcast receivers and optical communications, which has been in previous editions, and continues to be, a big favourite among the participants. The visits to the Farady Museum and the anechoic chamber also roused their curiosity. The young group also attended a talk by Dr. James Garvin, Chief Scientist of NASA, entitled “Explore Moon to Mars”.