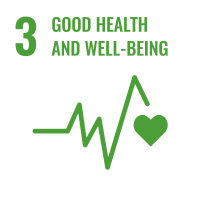 Abstract
Background
The goal of this article was to research the psychometric properties of the WHOQOL-BREF(PT) instrument in a sample of elderly citizens residing in a rural area in their own homes or at family members’ or friends’ homes and to compare the results: (i) to those reported by the team of Portuguese researchers that undertaken the instrument's translation/validation to the Portuguese language and (ii) to those reported internationally by the World Health Organization Quality of Life group. An overall quality of life scoring (QOL24—all facets) is also proposed in this article as novelty. The correlation level between QOL24 and the instrument’s general facet was also investigated.

Methods
This was a cross-sectional study with a sample of 351 elderly citizens (46.4% males and 53.6% females) randomly selected from the official dataset of the Local Health Unit of Baixo Alentejo. All the data were collected by health professionals at the participants’ homes following the structured interview methodology and using the WHOQOL-BREF(PT) instrument. Three different structural equation models were developed: (i) a first-order confirmatory factor analysis, to assess the instrument’s psychometric properties; (ii) a hierarchical second-order confirmatory factor analysis model, to allow determining the QOL24 scoring; and (iii) a more generic structural equation model, to investigate the correlation level between QOL24 and the instrument’s general facet.

Results
The WHOQOL-BREF(PT) showed an “almost very good” goodness of fit (comparative fit index of 0.949 and Tucker-Lewis index of 0.943), an adequate internal consistency (Cronbach’s alpha: from 0.64 to 0.90; composite reliability: from 0.59 to 0.88) and tolerable convergent validity (average variance extracted: from 0.374 to 0.614). However, discriminant validity was not reached because strong correlations between the first-order factors (four QOL domains) were obtained, together with low values of the average variance extracted. The scoring of QOL domains and QOL24, determined as weighted averages (proposed in this article as novelty) were significantly different than those determined as unweighted averages. The standardized correlation coefficient between QOL24 and the instrument’s general facet was of 0.89 (statistically highly significant).

Conclusions
The WHOQOL-BREF(PT) is a psychometrically sound instrument to assess the QOL of the considered population sample. However, the QOL domains were found strongly intertwined. More studies are necessary to validate the weighted average scoring strategy of QOL domains and QOL24. Concurrent validity between QOL24 and the instrument’s general facet was considered as “strong”.
© 2021, IT - Instituto de Telecomunicações | All Rights Reserved