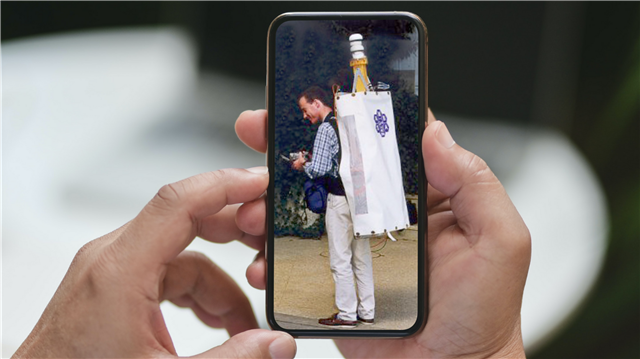 Millimeter waves (mmW) have seen a fast-growing interest in recent years, fueled by the development of 5G. Its “frequency range 2” (FR2), corresponding to the 24 250 - 52 600 GHz part of the spectrum, is intended for short-range, very high data rate communications.

Not many know that, in the nineties, Instituto de Telecomunicações was already working in mmW mobile communications. It was a pioneering effort to develop in Europe a cellular mobile broadband communication system, operating in the 40 GHz and 60 GHz bands.
That was in the framework of the European Commission-funded MBS project (1992-1995), and the SAMBA project (1996-1998). The two projects were led by Companhia Portuguesa Radio Marconi (CPRM) and involved about 19 European partners around Europe, including, among others, BBC, BT Labs, Deutsche Aerospace, VTT, Telnor, Thomson, U Aachen, Bosch, Phillips, further to IT, IST and UA, later joined by Mitsubishi.

The goal was ambitious, even by today’s standards: to offer 150 Mbit/s data rate per user, at user terminal speeds up to 150 km/h. That was the project’s vision for 4G, although no one could envision at that time, a killer application for such huge bandwidths. And, frankly, when the project started, IT had no mmW lab equipment whatsoever. It is noted, for context, that the first GSM commercial services ever launched, started just the year before, in 1991.

When designing the system, it was immediately apparent that the game was totally different from GSM and UMTS, requiring re-thinking every layer of the communication system, including the air interface. IT contributed to channel modeling, modulation and coding, shaped beam antennas, and mm-wave front-end electronics.

The concept was successfully demonstrated at the 1998 Lisbon World Expo. The mobile terminal was shrunk to a somewhat portable 60 Kg beast, consuming 60 W of DC power. But it demonstrated publicly, and for one hour, a flawless high-definition wireless high-definition video transmission inside the crowded Utopia Pavilion (now renamed). Gross bit rates exceeding 40 Mbit/s were reached in a remote transmission from an ambulance on-the-move scenario.

It was too much, too early!

Although GSM could only offer 9.6 kbit/s at the time, it still had long commercial life ahead, and successive overlays ramped up data rates, culminating in 3G. The 4G ended up not using mm-waves yet. That started in 5G, 30 years after the first dream of a mobile broadband mm-wave system, now in a totally different application context, with Youtube, streaming, augmented reality, autonomous vehicles, and Internet of Everything. Unthinkable in 1992!

But mm-waves remained one of the main topics of research for 30 years in IT, for instance in antennas for sensing, and lately for 5G and satellite communications, involving state-of-the-art metamaterial solutions.

Image: mockup of the original photo - MBS/SAMBA user terminal, operating in the 40 GHz band in 1998 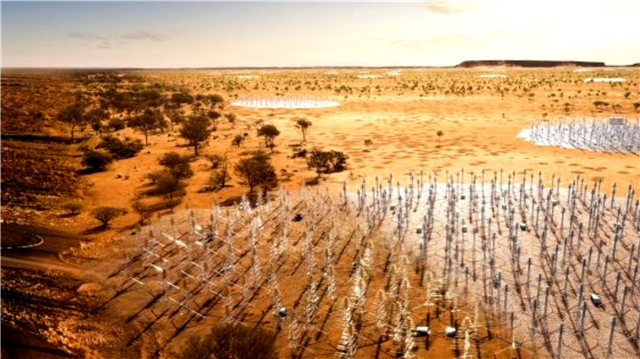 IT joined in 2008 the international efforts to design and construct the Square Kilometer Array Observatory (SKAO) – the world’s largest radio telescope and one of the largest scientific endeavors in history - since its early concept design phase.

IT was the Portuguese node of the PrepSKA project (Preparatory Phase) and currently, IT coordinated the installation of SKA prototypes in the South of Portugal, the design and prototyping of the SKA Telescope Manager cyber-infrastructure, and the inclusion of Green Power solutions in the SKA ICT backbone ICT project through the work within the Enabling Green E-Science with SKA project (ENGAGE SKA), a national Research Infrastructure Consortium with Universities and assisted by an industrial Consortium with SMEs and Multinationals from ICT, Energy and Space sectors.

The technology roadmaps and the sciences cased developed led to a convincing case and in 2019 a major landmark was achieved: the SKA International Convention was signed by the Minister of Science and Technology on behalf of the Portuguese Government on 12 March 2019 in Rome. The ratification process passed through Parliament approval and with its ratification by January 2021 Portugal became one of the Founding Members of the SKA, the first time Portugal participates in a major large-scale big science organization since its creation!

SKAO Construction has since 2021 started with the deployment of about 200 antennas of 15-meter diameter in South Africa Karoo desert and about 139 000 dipole antennas spread over phased array stations in Western Australia desert connected to major supercomputing centers. These centers will preprocess and compress 1 Exabyte of data/year to be sent over a network of submarine cables to regional Data Centres spread around the world. Construction is expected to last until 2026 with the first science happening by 2024. A fact of interest: in the pre-construction phase, IT ENGAGE SKA clusters simulated and supported the Observatory Management and Control (OMC) system, providing resources to a few hundreds of engineers spread in software Scale Agile teams around the world and bringing industry cutting-edge standards of practice into a global science organization.

The SKA will be a science and engineering icon of the XXI century featured in school manuals around the globe: the SKA will be so sensitive that it will be able to detect an airport radar on a planet tens of light-years away and its data flow from the antennas to the on-site signal processor will be transferred 100,000 times faster than the projected global average broadband speed for '2022'. No doubt IT contributed to the science discovery window provided by SKA to Humankind.

SHARE:
By year
© 2022, IT - Instituto de Telecomunicações | All Rights Reserved